The establishment of National Institute of Design was a result of several forces, both global and local. Government of India with the help of Ford Foundation and the Sarabhai family established the NID in September 1961 at Ahmedabad. Gautam Sarabhai revived the philosophy of the Bauhaus design movement which was learning by doing. This unique curriculum and revolutionary educational philosophy remain part of NID to the present day.Today NID is internationally acclaimed as one of the finest educational and research institutions for Industrial, Communication, Textile and IT Integrated (Experiential) Design. It is an autonomous institute under the aegis of the Ministry of Commerce and Industry, Government of India. It is also recognised by the Department of Scientific and Industrial Research, Government of India as a Scientific and Industrial Research Organisation.

BRDS also helps students in preparing portfolios to apply for higher education in other countries. Institutes such as London Colleges of Fashion, Domus Academy, Milan, AA- Architectural Association School of Architecture, Royal College, Pratt, and others.

• Group A : For students who are class 9, 10 & 11 to focus in basic with details work (Foundation Programme) on for Design, Architure & Fine Art . below mention course content they will get to learn from BRDS

• Group B :For students who are class 12 OR 12+ can prepare for Design in NID. below mention course content they will get to learn from BRDS

Note: Free classes are for BRDS Students only.

• Group E : For students those who are appering for Master in NID / NIFT / CEED. below mention course content they will get to learn from BRDS

Note: Free classes are for BRDS Students only.
Studio test classes for NID/ IIT will be conducted after clearing first phase of NID/ IIT-CEED Exam.

• Group G : It for students who appear and get the merit list from prelims exam and prepare in Mains for Studio Test / Situation Test in NID / NIFT / CEED 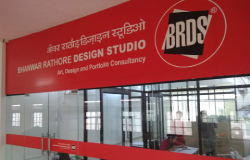